Hyperpigmentation is a condition of your skin that manifests as discrete dark spots. These hyperpigmented lesions of your skin are caused by over production of melanin (your skin pigment)

Hyperpigmentation (excessive production of skin pigment) may be caused by sun damage, inflammation, hormonal imbalances, any injury to your skin, including those related to acne vulgaris.
There are many types of pigmentation disorders. Hyperpigmentation is the most common disorder of the skin. As you age and your skin has been exposed to the sun's rays, you may develop “age spots”, also known as liver spots, sun spots or brown spots. These dark colored lesions occur mostly in areas of frequent sun exposure.

Most forms of hyperpigmentation are caused by an over production of melanin. Hyperpigmentation can be diffuse or focal, affecting such areas as your face, arms and the back of your hands. Melanin is produced by melanocytes at the lower layer of your epidermis (known as your stratum basale). Melanin is a dark brown to black pigment occurring in your hair, skin, and iris of your eyes, which helps to protect you from exposure to the damaging light from the sun.

As your body ages, your melanocyte distribution becomes less even and the regulation of pigment production less well controlled by your body. UV light (like the light that comes from the sun) stimulates your melanocyte activity. Areas of your skin that have higher concentrations of melanocytes are prone to hyperpigmentation. However, in addition to light, melanocytes can also be stimulated to produce melanin by inflammation (this is known as post-inflammatory hyperpigmentation). Therefore, hyperpigmented lesions can be caused by acne, skin peels, and various forms of injuries to your skin (like cuts or bruises). Believe it or not, hyperpigmentation can actually be caused by using skin lightening lotions!

Hyperpigmentation is associated with a number of diseases or conditions, all of which are associated with either skin inflammation or hormonal (and metabolic) imbalances including:

1. Addison's disease and other conditions associated with adrenal insufficiency, in which hormones that stimulate melanin synthesis, such as melanocyte-stimulating hormone (MSH), are frequently elevated.
2. Cushing's disease or other excessive adrenocorticotropic hormone (ACTH) production, because MSH production is a byproduct of ACTH synthesis from proopiomelanocortin (POMC).
3. Acanthosis nigricans – hyperpigmentation of intertriginous (folded skin) areas associated with insulin resistance.
4. Melasma (the most common), also known as chloasma – patchy hyperpigmentation often found in pregnant women, or in women who are taking birth control pills or inappropriate types of hormone replacement therapy (HRT).
5. Linea nigra – a hyperpigmented line found on the abdomen during pregnancy.
6. Porphyria- The porphyria are a group of rare inherited or acquired disorders of certain enzymes that normally participate in the production of porphyrins and heme. They manifest with either neurological complications or skin problems or occasionally both.
7. Tinea fungal infections such as ringworm
8. Haemochromatosis - a common but debilitating genetic disorder characterized by the chronic accumulation of iron in the body.
9. Mercury poisoning - particularly cases of cutaneous exposure resulting from the topical application of mercurial ointments or skin-whitening creams.
10. Aromatase excess syndrome is a rare genetic and endocrine syndrome which is characterized by an overproduction of aromatase, the enzyme responsible for the biotransformation of estrogen from testosterone resulting in excessive levels of circulating estrogens and low levels of testosterone. High levels of insulin (for example in people that have adult onset diabetes) can also increase aromatase activity leading to the same deleterious hormonal imbalances and skin manifestations.
11. Nelson's syndrome- is the rapid enlargement of a pituitary adenoma that occurs after the removal of both adrenal glands leading to excessive production of ACTH (and MSH) and hence hyperpigmentation.
12.  Basedow or Graves disease- is an autoimmune disease of the thyroid which can secondarily affect the adrenal glands and hence lead to elevated levels of ACTH (and MSH) and hence hyperpigmentation.
13. Peutz-Jeghers syndrome (hereditary intestinal polyposis syndrome) – an autosomal dominant disorder characterized by hyperpigmented macules on the lips and oral mucosa and gastrointestinal polyps, which may share similar characteristics of Addision’s disease.
14. Celiac disease is an autoimmune disorder of the small intestine that occurs in genetically predisposed people of all ages from middle infancy onward. This very common disorder is caused by allergy to glutens, which then can manifest as an inflammatory response in all tissues of the body
15. Over exposure to certain chemicals such as salicylic acid, bleomycin, and cisplatin which can cause tissue damage and inflammation.
16. Hyperpigmentation can sometimes be induced by dermatological laser procedures

What Can I Do If I have Hyperpigmentation? 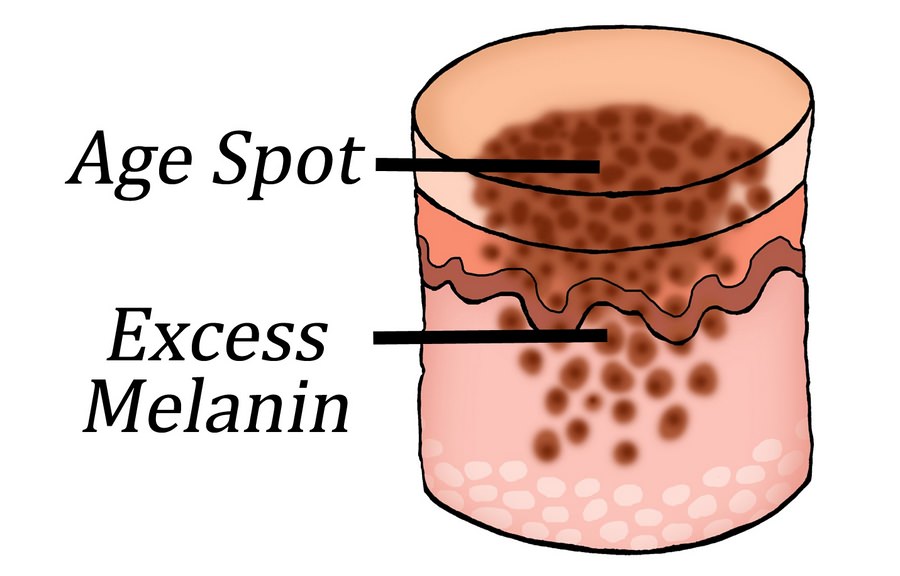 "Following a surgical procedure/liposuction, it was Delma Rothman who provided techniques and recommendations on how I could adjust to post-surgical needs. Her series of massage treatments truly relieved my pain, speed up my recovery and healing process."